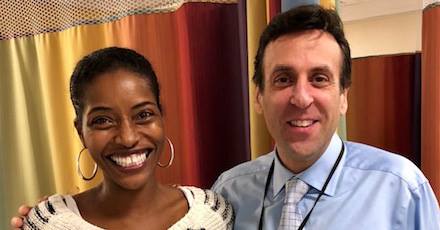 Life completely changed for Kim, a veteran Boston firefighter, when she suffered an on-the-job injury.

After multiple surgeries to repair the damage, she developed excruciating nerve pain on the right side of her body.

“I got to the point where I could barely walk because the pain radiated from my leg to my feet,” Kim recalled. “I had a chronic limp and was advised to use a cane.”

“Just a few weeks ago was riding a Harley!!!”

“I bounced from one specialist to another looking for relief from the unrelenting pain,” Kim said. “Finally, I was diagnosed with CRPS, a chronic neuro-inflammatory disorder, but none of the many medications prescribed adequately controlled it.”

In 2014, Dr. Thomas Simopoulos recommended a traditional spinal cord stimulator but it didn’t relieve Kim’s pain and sent tingly sensations to her legs and feet. Then in May 2016, Dr. Simopoulos suggested an H10 trial that successfully controlled Kimberly’s pain without tingly sensations. She had her implant a month later.

Two years later Kim reports she has 80% pain relief, has drastically reduced her pain medication and regained her independence.

To see if HFX might be an option to consider, click the link. This will take you through a short questionnaire to determine if your condition is similar to those getting relief with HFX. 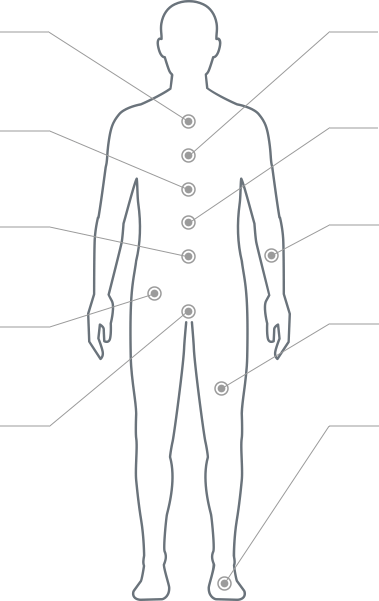